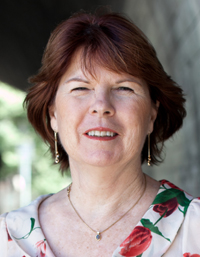 Jane Newton is the Research Manager at Jobs Queensland and WAVE’s Queensland Convenor. She has been involved in the vocational education and training industry for over 20 years in a variety of roles including as a trainer in Community services and nursing and also thoroughbred racing; curriculum design and resource development.

Prior to coming to Jobs Queensland, Jane was Research manager with Manufacturing Skills Australia (MSA), the national industry skills council for manufacturing. At MSA, she has managed various government-funded projects and served as the industry liaison for research projects such as the UNSW’s Future of Aircraft Maintenance in Australia as well as the Recognising the skill in jobs traditionally considered ‘unskilled’ (Federation University). She developed a Women in manufacturing background paper which resulted in her involvement with WAVE.

At Jobs Queensland, Jane has led the Advancing Manufacturing Skills Strategy project and the Future Work project, both of which have contributed to current Queensland government policy direction.
Jane is a passionate advocate for the transformative role that VET can play in the lives of women and girls.